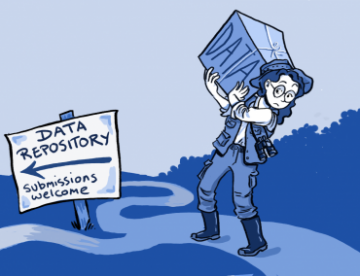 Lack of experiment reproducibility is one of the main causes of frustration in today’s research. Loads of time and resources are spent in a daily basis when trying to match the results of certain publications. This feeling became an astonishing reality when Amgen, a major biotech company, reported not being able to reproduce nearly 90% of 53 high-profile oncology publications in 2012 (1).

This big amount of flawed publications are often not result of deliberate fraud but caused by a common wishful thinking that automatically introduces a bias into the publication process, which favours positive results.

Great efforts are currently being devoted to challenge the quality and efficiency of medical research in several ways. A couple of examples are summarised here:

The EGA, aiming at contributing on the mitigation of this reproducibility problem, is also fostering experimentation clarity and openness. Not only are the files required for all genome and phenome submissions but also the metadata is mandatory in order to complete and share the datasets. The more information defining the experimentation process a researcher provides, the more probability of success on reproducibility a certain publication will have.

Next post Solutions for long-term management of translational data