“One of the most remarkable features of SARS-CoV-2 infection is the variation in consequence ranging from asymptomatic to life-threatening” state the authors of the majestic Nature paper released in accelerated pre-view on July 2021.

This variation in consequences represent not only an issue of burning medical relevance, but also a scientific and intellectual challenge for scientists around the globe. Researchers are known to be easily triggered by a challenge, and they recently demonstrated to be even better at double their efforts to focus on an urgent societal need. 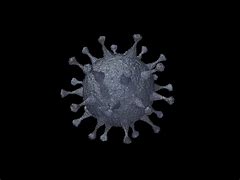 In this work led and coordinated by the COVID-19 Host Genetics Initiative (COVID-19 HGI), researchers gathered data from 49,562 cases and two million controls from 46 studies performed worldwide. The majority of the data has been deposited at the EGA, where 29 datasets have been collected under the study number EGAS00001005304. Data gathered from diverse sources conferred a huge robustness to the results.

Genetic data from different ancestry origin were included in the analyses, even though data from patients with European origin was highly predominant (approx. 75%). Separated analysis of the different ancestries gave rise to relevant differences in the results, highlighting how important it is to take this aspect in consideration for future studies.

Data from the individual studies was compiled into three categories according to COVID-19 severity for a meta-analysis: (a) critically ill cases (b) moderate or severe cases (c) all cases. They were paired with non-COVID-19-reported controls. All three analysis resulted in a total of 13 genetic loci associated with COVID-19 severity. Out of those, 9 loci associated specifically with critical illness, while 6 (a few overlapped) associated with moderated illness. Some genomic position matched previous findings. Interestingly, working with such an enormous amount of data allowed the depth to discriminate association with disease susceptibility vs severity, an issue of large medical relevance. Several loci mapped into biological relevant genes, like TYK2, PPP1R15A and FOXP4, previously implicated in immune response and/or lung functions.

Researchers participating in the COVID-19 Host Genetics Initiative have worked in an unprecedented time-tight collaboration, prioritizing data sharing and collective results to tackle the pandemic affecting the world. The scientific community won’t miss any of the lessons to learn from this, and the EGA is ready to keep working to enable safe data sharing and fruitful collaborations.